I've even found a gig putting this semi-skill into use for others, so I must not be too terrible. I've decided to just release singles as opposed to EP or LPs. For now anyway. You see, I get really lost in the minutiae & over analyze my pieces to a fault.. & before long, my childhood ADD kicks in & I get burnout on that song & just phone it in after a point. When there is no more heart in the process, my writing/mixing is total shit. Joyless. It's much easier for me to just tackle all of my songs one by one & release them into the wild to sink or swim. Easier for me to focus on my pieces individually thereby putting more thought & heart into them to coax a better end result. Weird random fact.. Early on in my writing, soooo many melodies/variations/supporting-harmonies would come into my head over the course of writing a single song, coupled with the fact that I had not yet developed any sense of discipline in my writing, that most of my songs were over 10 min long. Some 20 min+. More like down-tempo mega-mix medleys. With shit percussion. Percussion to this day is still kinda my Achilles heel. Getting better tho. Which brings us full circle to the grand riddle.. How does a severely introverted, borderline agoraphobe songwriter sell his music? How to generate a tiny measure of awareness? Will my tunes even appeal to anybody, or am I chasing my shadow in a delusion? I really love my melodies, even if my mixing is touch & go with the screwy frequency loss thing. Live performance is a terrifying fever dream. The sheer thought is beyond nerve wracking. I honestly lock-up if even a family member is watching me play & record. So yeah.. BUT despite the whining excuses, I am grateful for what I see as a beautiful gift. I am thankful every day for my ability to write music that at the very least, I like, and the creating of it makes me immeasurably happy. I am truly blessed if I benefit no further than this from my music. Having said that, I do find myself wanting more & more to try and market my work. To grab a (look, it really was worth it all!) ring for my precious other half, who personifies the cliché of completing me, To partially funding a grand ambition to take an extended road trip to forcibly effect a sort of healing from this fucking pseudo-crippling fear of the world I've developed. And equally to see if the music effort could sustain itself. Soooo many upgrades to my sound I lust after. Upgrades I desperately dream that my music can pay for. Sustaining its own growth..Or something not so pretentious sounding anyway. So the aforementioned riddle... While scoring an ancient 1907 archival Austrian film called 'The Golem' just for kicks, I realized that there's tons of public domain footage floating around. Footage I could cobble together in interesting ways to accompany some of my pieces. Uploads of which I could link to my domain & display my audio wares as it were. Fast forward to now, as I'm about to release the first few finished vids into the wild. I really hope that a few peeps out there like my stuff enough to throw me a few dimes, but even more, I just really, REALLY hope that there are some people out there that enjoy my songs and unconventional sound. A really cool (I kinda think so anyway) anecdote about these first few vids going up, all of them were composed while watching the finished edited vids rather than taking something from my really big catalog of finished'esque pieces. My plan was to edit together a few short, interesting clips and then couple them with a few of my finished pieces from my library. But damn if I didn't just have a blast writing from scratch while watching the 'films' play out. So the blog.. Again. Stay with me 😓 I had always imagined that I would want/need to communicate someday, the 'Tempest of white noise' that my sound regularly claws its way out of. Through the thick haze of my introversion, I could still ironically feel this urge to share my sound with other human beings. To the one or three people out there that may dig said sound, or somebody just turning down the wrong alley whilst looking for some other binary avenue and accidentally happening upon my humble digital presence, I hope you experience half as much enjoyment listening to my simple music as I had making it. I have soooo many songs for you to hear world. Meet me half way & they'll roll out, bigger & better till I shuffle loose this mortal coil. Strathe PS... You, who is reading this right now. Still. You're awesome & You officially know more about me than just about anyone else in my small sphere. Ambitions-TMI & plenty in between. I'm sorry. 😁

And I was doing so well this year without so much as a spill.

The brief moment of Infinite possibilities. 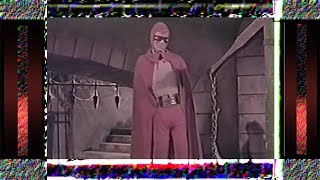